Employee of the Year

Civil Service Employee of the Year 2014 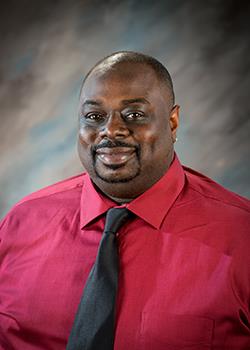 Eric Pollard joined the Yonkers Public Schools in 1992 as a custodial worker and earned his current title, Building Custodian 1, in 2007. Mr. Pollard opened the School 16 Annex as its Head Custodian in 2013, assisting the contractors, assembling furniture, cleaning and re-cleaning, readying the school to receive teachers in August and students in September. Today, School 16 Annex continues to be in tip-top shape because Mr. Pollard is a caring professional member of the school team.

Always going above and beyond was noted in every nomination for Mr. Pollard. School 16 Principal Cynthia Eisner wrote, “as head custodian he brought a much more detailed definition of a clean facility… floors shine as brightly as if they were newly installed every day. He does not wait to be asked to do something – he sees a need and he just does the right thing every day. Mr. Pollard is a true gentleman – he would never let a lady (or anyone who needed a hand) carry anything!”

According to Assistant Principal JoAnn DiMaria, “Mr. Pollard is assistive in all aspects of the school day… he actively participates in arrival and dismissal to safeguard students. His attitude and focus are contagious. A clear sense of pride is almost palpable amongst the custodial team. They are the behind the scenes agents that make everyone else’s job a little easier.”

“We work well together because Eric is professional and understands how to tell me what to do in a direct but nice manner,” noted Custodian Russell Wallace. “His work ethic is superb and sets the tone for what is expected from me. Eric always gives 110% and never completes a task without his best work.”

Teacher after teacher noted how the children were eager to see Mr. Pollard every day and how he would console a child who was having a bad day. They wrote about his kindness and caring, his big smile and warm greeting, that he calls staff members who are ill and provides his phone number so teachers can reach him over the summer. Cafeteria and office staff, as well as classroom aides, praised his quick and thorough response to everything.

On behalf of the parents, PTA President John Carlos Macias expressed their appreciation for how well the school is maintained and Mr. Pollard’s extra effort to help in any way. Grandmother Michelle Williams said it best, “How do the principal, teachers, parents and children spell cooperation – they spell it E-R-I-C P-O-L-L-A-R-D.”

Lisa and Eric Pollard are the proud parents of Kamesha and Aaliyah and live in Yonkers. Eric grew up in Yonkers, attended School 8 and Walt Whitman Jr. High School and graduated from Roosevelt High School.