Administrator of the Year

2018 Administrator of the Year Leadership in Education Award 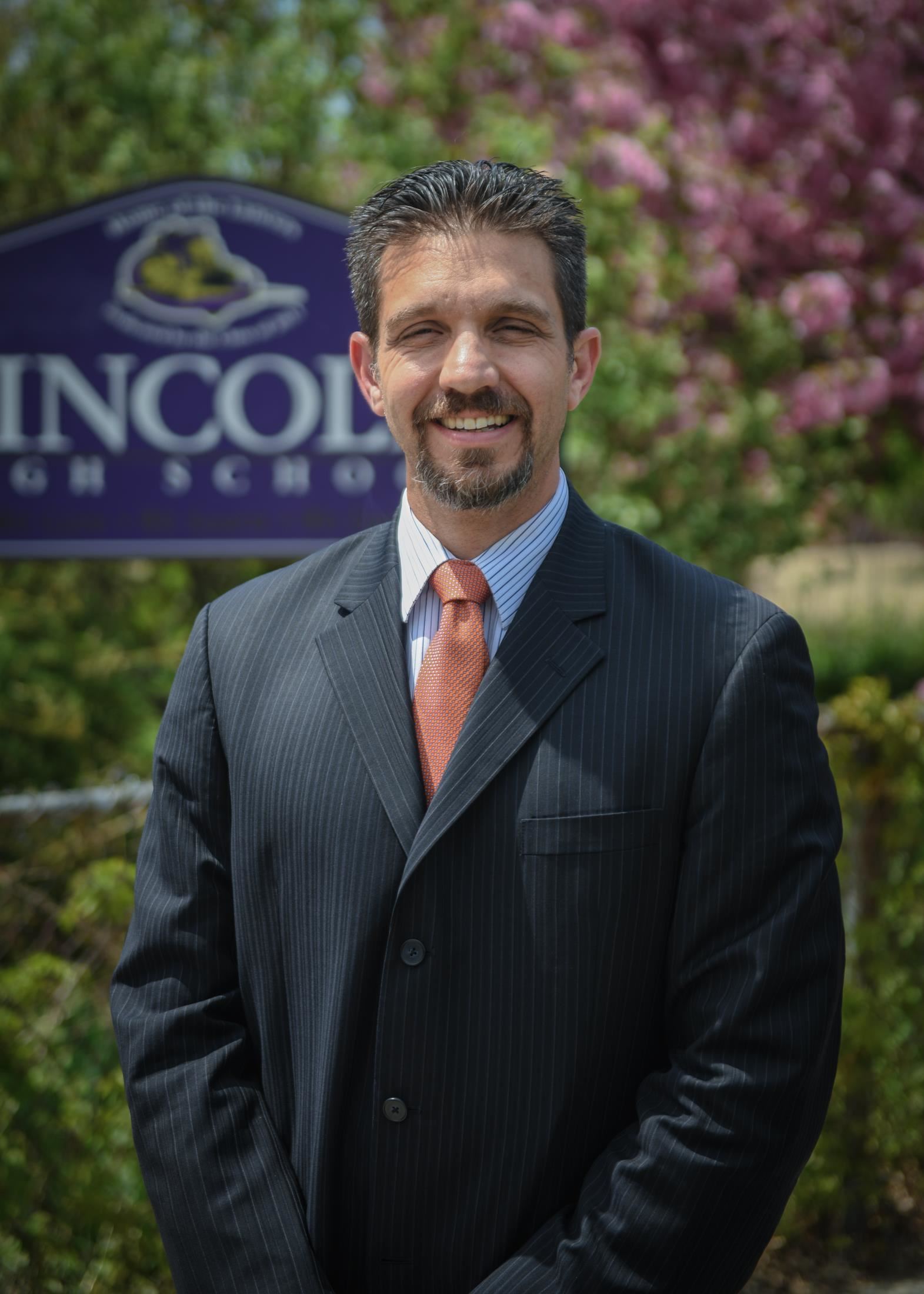 The Leadership in Education award, also known as the Administrator of the Year, is presented to an administrator who personifies the spirit, dedication and accomplishments of an outstanding instructional leader. “Ian Sherman is an educational leader who, through his actions and commitment, understands what is necessary to produce positive academic and social emotional outcomes for the students of Lincoln High School. Principal Sherman engages the entire Lincoln learning community elevating the well-deserved positive recognition for the successes of the students, faculty and staff,” applauded Dr. Edwin M. Quezada, Superintendent of Yonkers Public Schools.

Ian Sherman received a Bachelor of Science in Business from the University of Buffalo and earned two Master degrees from Long Island University in Elementary and Special Education and from Mercy College in School Administration and Supervision.

In 2001, Mr. Sherman began his career in the Yonkers Public Schools as a Science teacher at Commerce Middle School; following in the footsteps of his father, Harold Sherman, a retired Yonkers Public Schools science teacher. The following year, he secured a mathematics position at Commerce and became Department Chair. Mr. Sherman’s administrative career began in 2006 as an assistant principal at Mark Twain Middle School. In 2009, he joined Lincoln High School as an assistant principal and was promoted in 2013 to his current position as principal.

Under Principal Sherman’s leadership, Lincoln High School attained its highest graduation rate in decades; 81% of the 2013 Cohort graduated on time with the Class of 2017. In addition, U.S. News and World Report in their annual Top High Schools in the United States Report awarded Lincoln Silver status in 2017 and Bronze in 2015.

Principal Sherman was nominated by Lincoln staff extolling him as, “a reflective practitioner whose leadership qualities have provided opportunities for growth for all students and staff at Lincoln High School. Mr. Sherman is known by his peers as a leader, a team player, an effective communicator and a quick learner with a strong belief system which guides him through his daily routine as he secures a learning environment where all students can learn.” The nomination noted staff professional development opportunities he provides that encourage best teaching practices to support all students’ learning. Examples cited included Principal Sherman’s common practice to offer training, implementation options and resources for innovative instructional strategies. He is an advocate for technology integration to support a 21st Century teaching and learning environment. The Principal’s Book Club that he created encourages collegial conversation about relevant educational topics.

Teaching and teachable moments was a common thread throughout the nomination. Principal Sherman engages families in conversations about their child’s achievement that result in raising everyone’s expectation for success and promoting awareness about the educational process. As an assistant principal, he taught a math class while the teacher was on extended leave because a qualified substitute was not available. This year, every Thursday during the lunch shifts, Mr. Sherman and Lincoln teachers offer STEM activities in the cafeteria. Students on the Principal’s Honor List, each report card period, are treated to breakfast prepared by Mr. Sherman. Birthday singing telegrams and thank you notes to students and staff characterize Ian Sherman.

When asked what he likes most about his job, Principal Sherman answered, “Working with young adults and helping them reach their full potential. Also, that no two days are ever the same.”

Ian and Marissa Sherman are high school sweethearts and proud of their “three amazing children,” daughters Leora and Moriah and son Ari. Ian noted, “My family is my inspiration and the reason that I push myself each and every day to be the best me that I can be.”